Since the introduction of the internet it has had a radical effect on almost everything in the modern world. It has become the hub of news, information and entertainment; transferring traditional aspect of life onto the web. Arguably an area that has seen the most dramatic change and increase in popularity is the betting and gambling industry, in particular online bingo.

Internet bingo has seen a phenomenal rise in numbers in the past few years, increasing from 50,000 in 2008 up to 3 million players in 2012. The more people who play means that prize money will in turn go up as well, but that obviously is not to say that your chances of winning are improved of course!

Playing bingo online has an almost immeasurable amount of pluses though. Players are rewarded with a range of perks such as vouchers for free bingo games. Many online companies, depending on how regularly you play, offer escalating values of free gaming, meaning you can still win with a free game!

It’s not just bingo that is available on these websites however. Many companies such as Paddy Power offer a varied service, branching out into other types of games and gambling so as to offer customers a much wider choice, perhaps giving them a practical edge of traditional land-based bingo. A big advantage online gaming has over regular bingo is the price and regularity of it. There are virtual “bingo rooms” that are always ticking away and open for users to enter whenever they wish for mere pennies. Tickets to games average at around 15 to 20 pence with prize winnings for such games ranging from £12 to £250; well worth splashing your coppers out for.

The thought that simply at a few clicks of your mouse, on your laptop, computer or even mobile at home or even sitting where you are right now could result in you winning some big bucks. Forget throwing your coat on and slumming it across town on the bus. You could win or even just have some good fun without (barely at least) lifting a finger. 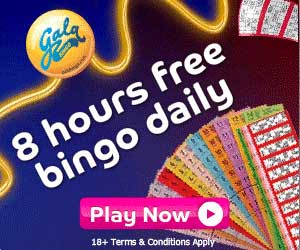